This is my attempt to show people some cool things we can do with programming, and to give a small incentive for people to join the weekly Community Bytes. I wanted to make a tutorial on how to use Twitter from the command line with Python. This would have been an easy project to do not too far back, and a good bit of practice for a beginner to programming. It teaches that you can do useful stuff with programming. However, a while ago Twitter started using something called OAuth to access the Twitter API. 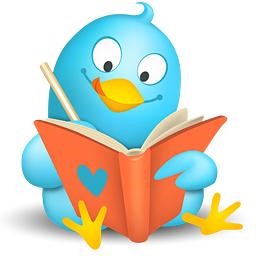 Text in bold is a terminal command for Linux. Windows users, simply download Tweepy straight from the repository.

To make this as simple as possible, we are going to use a pre-made library that we can call functions from. For this tutorial, I am going to use the Tweepy library. Recoding a Twitter API library from scratch is beyond the scope of this tutorial.

We need to create a small script that exchanges the keys before we code the actual program. This is done separately because it only needs to be used once, therefore, it would take up space in the finished code. Here is a picture of mine without the keys:

We need to take our keys that we saved from the last part and paste them into our bit of Python code. This will ensure that Twitter knows it is an application we have authorized tweeting as us, but we don't have to risk exposing our password to the program (in case it was a 3rd party program).

Paste the Keys in Our program

We need to paste all of the corresponding keys in our program. Here is a picture of how it came out:

So, join in on our coding sessions to learn how to code simple, yet fun programs like this one on your own!

You need to install Tweepy from the Git repo.
git clonehttps://github.com/tweepy/tweepy
Change to the new Tweepy directory.
cd tweepy/
Run the setup with the Python installer.
python setup.py"

I've downloaded the tweepy zip (from the link). How do I do the following steps (the part I made italic) on Windows?