Well Welcome Back My Fellow Hackers.

What is Slowhttptest? You may be asking. Slowhttptest is a Application Layer Denial of Service attack aka an attack on HTTP. You can read more about it here and also download it if you don't have Kali Linux. 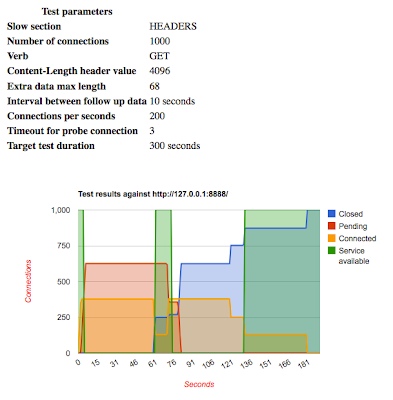 What Is a Slowloris Attack

Now what you want to do is add arguments with it ( - this and - that). (But before we start to DOS we need to know what type of attack we are doing and what the attack does.) So we are going to do is a slowloris attack. For those who don't know what a slowloris attack is it is an attack on another computer's web server trying to take it down by keeping as many connection as possible open to the target.

So what we want to do is type slowhttptest -c (the number of connections) -H (The type of attack) -g -o (A custom output file name) -i (pause between follow up data) -r (connections per second) -u (http:// thewebsiteyouwanttouse ).

DoS means denial of service. It is way of denying anyone from connecting to a server or service.