Microsoft has had a pretty bad wrap with their Xbox 360 gaming console. Right from the start, the console has suffered a multitude of different hardware failures and design flaws. These problems cause the parts to get too hot and become faulty. I'm sure everyone who's had an Xbox 360 has gotten at least one Red Ring of Death or E74 error.

Over the years, I have fixed many Xbox 360s, and through experimentation and documentation, I've figured out a few ways to fix them that can prevent and fix any Red Ring or E74 error. This is assuming that there are no other hardware failures resulting from overheating.

In this Null Byte, I'm going to show you my slew of tricks that has fixed over 100 Xboxes to date. The best part? We can do with just a few pennies. I have seen a few variations of my trick, but they involve making permanent changes to the case and don't work as well, so try this out first…

This method will prevent overheating and fix most RRoD and E74 errors.

There are loads of tutorials on this, so I will spare myself from having to make one and show you this lovely tutorial by FixYourOwnXbox. We need to strip everything, including heatsinks. Also, when removing the motherboard, take off the squishy Band-Aid-looking pads from the RAM chips on the underside. 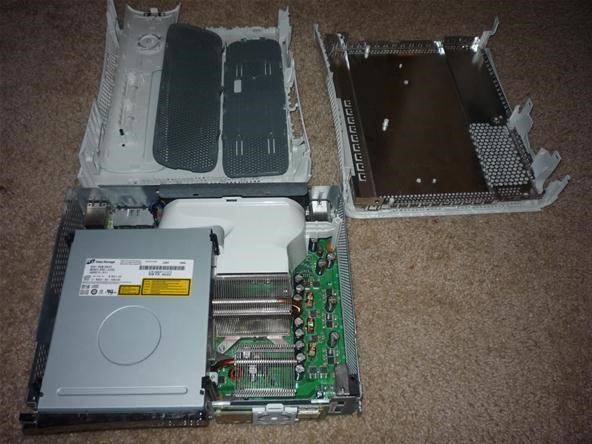 These pennies are going to be made into heat conductors and absorbers. Sadly, those pennies are better than Microsoft's supplied pads. They also prevent and reverse flexing in the motherboard because they are solid.

With a reassembled Xbox, you should be back in business! Start some discussion in the forums, follow me on Twitter, and join the IRC! Get active!

Despite having an xbox360 basically since release, I have never had an issue with mine. Just keep it standing, and off the carpet.. Wipe the dust off it occasionally.

That's not enough to stop it :p Keeping the dust off isn't the only thing that makes it red-ring, I've had my Xbox since release though, with a few repairs here and there. There isn't a spec of dust in that beast :p haha. Xbox's just have severe design flaws. Keeping it standing is worse for it though, cause heat gets trapped in the case and can't escape, always keep it flat :D.

Oh... god... I've had my xbox standing upright for the whole three years I've had it O.o ... Thank the world you were born ;D

Haha, how flattering, thank you x]]

O.O thew way you talk makes me wonder how I've had mine working fine this whole time lol

HEY i hav a xbox 360(arcade) ...its simply not starting up...i went to a repair shop he got it started there...but i cant get it working past 10 mins or so it just shuts itself down and starts up after 10mins...The repair person added some kind of RESISTOR to a Transistor in my xbox...its the new XBOX ARCADE which came in 2010...when i went back he told me he can't get the Resistor VALUE right and i got my money refunded???? can you tell me what should be the resistance value from that transistor which controls the startup of xbox???

I would have to visually see and test the defunct hardware to repair it, sorry, but I can't help.

Do i have to keep the pennies in after i let my xbox on for 20 minutes or do i have to get them out?

No, you don't need to remove them.

This Worked!... for about 5 days. then in the week it sat there whilst waiting for my friend to pick it up, its back to E74 again. bugger

How many apps pennies do I stack together for the e74 repair to put pressure on the Hanna chip?