Null Byte is looking for moderators!

In today's Null Byte, we're hacking Netflix. As most of you know, Netflix is a subscription service that streams movies and TV shows to your devices over the internet. A common stance amongst my Xbox Live friends is that Netflix isn't worth the cost. The instant movies predominantly consist of old titles, and new movies aren't added often enough.

However, I persisted that the service is indeed worth it, if only so we could watch Netflix movies communally through our avatars (a feature that has since been removed). 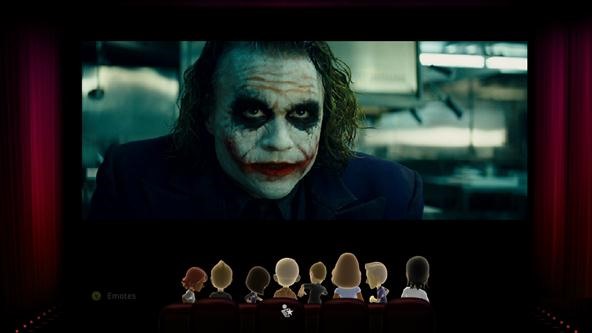 My cheap friends stated, "If you get it for me, I'll watch stuff with you." So that is exactly what I did. Exploiting Netflix is rather easy. Let's check out how.

The process is simple. Netflix offers a free trial program for "new" users. We're going to exploit this weakness via prepaid debit cards. At the very least, if you lack spare prepaid debit cards, you can purchase them and get free Netflix for two months on each one, while the cards themselves cost only 3 dollars.

This grants you two free months for every card, and it is pretty easy to get a hold of a used up prepaid debit card every two months.

Want to start making money as a white hat hacker? Jump-start your white-hat hacking career with our 2020 Premium Ethical Hacking Certification Training Bundle from the new Null Byte Shop and get over 60 hours of training from ethical hacking professionals.

If coupled with your information about the Luhn check, one could theoretically come up with "valid" credit card numbers to put into the forms for the the free trial info. If someone was to do that, what would happen?

you'd have to correctly guess a name, zip, and security code as well. I'm sure these could be social engineered somehow. For exmaple once a valid credit card number was found, then numbers give away the issuer. then if you call the issuer and it asks you for the credit card number. you enter it. and it might say something like: "Welcome ". and take it from there. though idk if an issuer would just give out a name like that XD. prolly not

maybe its just me but when i tried it im getting the whole theres a prob with ur card olease use a different card any thoughts on this? its a prepaid 25 dollar vanilla visa card

Do you know who packages the card? Wal-Mart money cards, Western Union and GreenDot have consistently worked for me.

You probably need at least $1 left in the card for security check. Most online services take $1 out and put it back in to prevent exactly this. It's worth pointing out that this trick also works with iTunes and just about every online service.

theres over 4 dollars left on the card and its a vanilla visa prepaid card that caps out at 25 dollars as thats the monetary value on the card i dont think its reloadable tho maybe thats the issue?

I think Vanilla Visa prepaids do not have a zip associated with them and therefore will not work with many online services.

I've had no money on the card before and had it still work...Maybe non-reloadable is the issue? That would have to be my best guess.

As a Netflix employee I want to clarify something. We absolutely do not accept pre-paid cards. Even with Paypal. It may work once or twice if you are lucky but we will ban for life if caught.

Is it because of things like this? I don't mean to sound rude, but I personally tested prepaid cards, as well as my friends and some people here it would seem. They worked. I used to only be able to sign up for Netflix prepaid because I didn't have a bank account. So, are you sure that they decline all forms of prepaid?

Our accepted forms of payment include a credit card, debit card (must be tied to checking account) and paypal. Prepaid cards will come back invalid trans type to us mostly.

Yes it is precisely. This is what we call "promo hopping". Like I said it may work a few times, but once we catch on, you're done basically. Our system is designed to reject them.

Maybe you should talk with someone, see if there is a way to stop it. It may work because some cards may just be seen as "debit" because are linked to a specific bank account for those cards. Besides, Netflix is worth the money to me anyways, especially with the ditching of "Quikster" etc.

If somehow in the future we can actually accept the cards without risking losing our merchandise I am sure we will. Until then though it will be hit or miss with prepaid cards. And remember, when you call us, write us, e-mail us with feedback we actually DO take it and it is looked at. Qwikster was a perfect example of that, you guys hated it, we scrapped it. So if you wanna be heard, let us know!

This guy is trolling yo. Merchandise loss of virtual content? keyword being virtual. You might lose on bandwidth (which is kind of unlikely since most good servers have a lot of redundancy) it's sitting there not doing anything. Anyway, netflix is total crap, join lovefilm their services are much better and cheaper, it's £1 cheaper than netflix.

Like as if we can't switch to a better service like love film. Ban us hahaha that's so scary please don't scare us. Come on, is this guy for real I highly doubt it's even a employ of netflix.

Sorry, George....but losing merchandise? Come on now, digital content isn't in the least similar to a physical item. Sure the company has to host and provide adequate bandwidth for their users but I highly doubt netflix is losing any money for those doing this so called "trial hopping". Not that I'm doing this, but you act as if someone is walking into a store and outright taking physical merchandise.

Why would they loose content if you could use prepaid for streaming only. I do it with amazon every day and hulu plus too. Hulu has a monthly charge. If no funds are on my pre paid I can't rent and hulu has a short grace period. Netflix is so behind the times and blockbuster will never catch up. Sad

As an attorney I can tell you that it is not illegal, their systems allow it therefore it is allowed.They do not have any IP Detection in place or any kind of security measure set aside for it. It can easily be done too. I have 12 years Information Technology experience in Networking.

I can tell you if they didn't want this it wouldn't happen. Of course they want paying customers but hey they hiked the price up over 40% so they cannot complain when they go out of business.

hi! i just want to know how i can get free shety netflix in mexico ive tried the fake name generator and nada is thier another way to hack.and pleae let me know if you can hack lovefilm.thank you all so much and greeting from MEXICO !!!!=)

Check this article out

Check the news about the Word Trade Organization (WTO) dispute settlement on the USA vs Antigua and Barbuda (A&B) case. USA tried to stop the online casino industry in A&B putting in jail people with legit business on that Caribbean country, but wait for it... "Since online gambling is one type of "trade in services" under the WTO, and the U.S. committed itself to allow this trade, its discriminatory ban was found to constitute a WTO violation. In this dispute, Antigua might have been authorized to retaliate in a "service" sector. However, since Antigua does not import many services from the U.S., such retaliation would have been meaningless. To increase the effectiveness of the retaliation, the WTO permitted Antigua to "cross-retaliate," i.e., to retaliate in another sector. Antigua is focusing on the area of copyright, under the Agreement on Trade-Related Intellectual Property Rights (TRIPS)."

Now A&B's government is planning to open a website where anybody will be able to download ANYTHING available for a $5 montly fee, without paying a penny to the US companies. The best of all, it is LEGAL accordingly with WTO (and USA is a member). Get ready US film/software/music industry because downloading from a server in A&B is legal!

Awesome, but not really related?

It means it will be the dead for itunes, Netflix, Hulu+, that service from Amazon and many others streaming and offering for download music, videos, books, software and anything downloadable. Plus, if the Chinese decide to install factories copying US big brands in A&B it will be perfectly LEGAL. Actually, lets go farter, a ship is territory of the country they have the flag from, if I convert a ship with an A&B flag on a factory, I can make perfectly LEGAL copies of merchandise from US corporations to sell them in US and around the world. All this thanks to the narrow minded people who started chasing the online casino owners abroad.

I see where you're going now. Neat.

First of all, "netflix employee" and "attorney" you both all idiots. Just because you claim your job on the internet that doesn't make you smart or truthful about your job. Take it from me I'm a rocket Scientist. Now I want to explain why "Alex Long" the original poster of this thread is an idiot as well. This is not hacking its Exploiting! More than likely its not illegal but more so a breach of terms of service witch can get you banned. I hope you idiots understand the difference between hacking and exploiting now.

Tacky! Stealing is just that….. STEALING!

This is great thanks

This still costs some money to keep it up. Might as well support the company. Nine dollars is nothing, that's about 1 week's worth of coffee. With all of the entertainment they provide, it's worth it to support them so they don't close down. Also, by going through with this plan, they'll end up catching on and just make it require recurring payments, so people like me without a bank account (live in a group home and really bad credit) will be unable to subscribe no matter how much money is available. Stop being so cheap, it's no wonder cable and the game industry is failing, because people keep stealing cable and pirating games -.-

Does Netflix know about this? is it legal?

I would rather pay Netflix for the amazing entertainment that is COMMERCIAL/AD FREE than buy multiple prepaid cards and try to keep up with which card, what date does "free" trial end, know morally that I am not a cheap ass trying to save a mere $2-3. Prepaid cards cost

Now,keep in mind also, the time and energy of having to keep u what "name, address, phone number, and fakes email you used to register the card, which is now required of you to even use the card. So, after spending $5 for the card, spending time creating a fake email you must reply to in order to finish registering your card, actually registering the card, having to pay a monthly fee plan for the card $(9.95 or $1 per transaction) $1 that Netflix puts a hold on your card to verify it is real, andwrite it all down so you know what email and card number. password, etc you used already What did you really save? you may actually spend MORE! Plus you can't put a price on peace of mind! If trick yourself into thinking you're pulling a slick move over on Netflix, the joke really is on you! Enjoy the show! I wonder how longthe line will be at the store to buy your next prepaid card) :-0