We've talked about the deep web before, but we never really covered the details of what's out there. It occurred to me that a nice list of resources would be very helpful to all of you anons out there. Think of this like a helpful brochure to the hidden web.

However, I should warn you—the deep web is a vast, often uncharted and unpoliced area. This is why it's great, but you need to attack it with an open mind. You will come across things that you may not agree with, and while I will take no stand on them, you should show some level of caution.

Okay, your Tor Bundle is all set up and your looking at the welcome screen (below). If it tells you there's a security release or a new version, go ahead and download that and come back.

Now that we are all set up and current, where do we go? Where is the deep web?

We've talked about the darknet, as well as Tor already, so it is assumed in this article that you have already gotten to the point where you can freely browse and use these services. If not, I would recommend taking a look at the linked articles above to get some background information about what I am presenting here.

Remember how this operates—any normal address you type in will work, and your IP address will show whatever appears above (I edited mine out to stave away the party van) in server logs and such. However, this is only half of it with Tor. There are entire networks of webpages called Hidden Services that are waiting for you to check out. But this Google here has no idea where to look. Well, it does, but that can be extra credit for someone else to point out.

This is a marketplace that sells everything from LSD to hashish to books. Using the Tor network and Bitcoin, people attempt to be anonymous in their dealings. As of this writing, there was a major bust by U.S. agents, including a 66 page indictment. They did not say how they tracked them down, only that it was a multi-year investigation. As I've said before, show some caution.

This is a secure mail system using Tor. Several groups use it to solicit help and answer questions to people outside the network, and it's great as a secure step up from normal email on the fly. So long as you protect your password and practice smart browsing, it should be as secure as you need.

The Hidden Wiki is pretty much just what the glossy title would lead you to believe. It's a wiki and it's (not doing a good job) hidden. This used to be the starting point for most people in the Tor networks, but due to the growth of it all over the past years, it has just become another site. It's uptime varies.

This functions as one of the most stable resources I have seen. It provides a well vetted list of hidden services and allows for comments and uptime stats.

The Onion Core is a good central location to branch out from. It's safe from CP and other parts of the network you might want to avoid. Another solid directory. 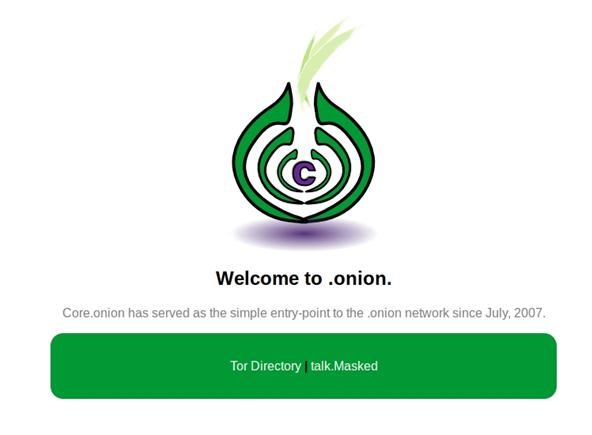 Have a hash you need broken? Do you have the gear and knowledge to help reverse other peoples hashes? This is the place for you. A great black hat resource.

Need a hash cracked and don't want to mess around with credits and such above? For a few Bitcoin, you can have your WPA/WPA2 passwords broken. I have used this service once and it worked for me, however, as always—be careful.

TorLinks is the other robust and usually accessible collection of .onion addresses. I included this because it often has links to resources TorDIR does not.

HackBB is a community board for hackers to talk about hacking, cracking, carding, etc. The level of knowledge here varies from level-three script kiddies to IT security professionals. But the key thing to take away is that you can discuss subjects you otherwise might not be able to.

Freedom Hosting gives anonymous hosting services out as long as you do not host anything that would run them afoul of American laws. A large part of Onionnet is hosted with Freedom. 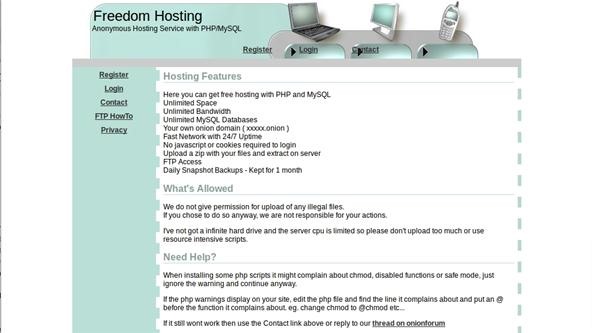 I hope this was a good intro to some of the content out there. If I said I knew all the things out there, I would be lying to you. Every single day the landscape changes and new things appear. I encourage everyone to make a Tor mail account and use some of these features. Keep your real identify and your "Tor" identity completely separate and you are one step closer to being safe.

Also, you probably noticed how most transactions on the deep web use Bitcoin. Wondering how that all works? Stay tuned!

Questions? Comments? Concerns about any of this? Ask me down below or tell me in our forum!

Neat stuff. I appreciate your bringing this out here.

My view is, the more world governments restrict free speech, the more resources like this will be needed. For the tech savvy and capable it's easy enough to simply research, but when you don't even know of its existence, that's another story.

Some of us live in countries where criticism will get you arrested and some of us are soon to be there. If it is going to come down to that, I would rather have my sisters and brothers prepared with the skills they will need to stay safe and stay communicating.

Personally I have just never spent any time with TOR really, due to lack of need. Thanks to you now though, I may have to look at it due to an increase in interest :P

*Bird andBear runs off to The Silk Road*